Born in the impoverished countryside of Jamaica, Rondie Pottinger has been emotionally connected to its supple landscape since birth, its imagery has become his language.

Since he has come to the United States, he has mastered his own unique approach as a graphic artist, extending his expression into a variety of styles and media. In every work, he strives to bring with him the verdant spirit that lives in his blood and heart.

Rondie Pottinger was born in 1973 in the parish of Manchester, Jamaica. He moved to the United States at the age of fifteen, where he attended High School in Brooklyn, New York. He later went on to attend the University of Rochester where he majored in computer science and electrical engineering. For 15 years, he has been one of the most sought-after and respected graphic artists in New York City for his technical prowess, but it is his uniquely individual vantage point that has added a depth to his work that cannot be found elsewhere.

"the more we see ourselves, is the more we love ourselves"
Building film academies throughout Jamaica is my number one priority.
Rondie Pottinger 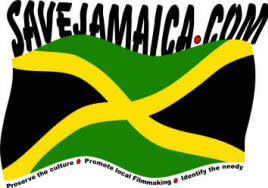 Posted by savejamaica.com at 6:24 AM